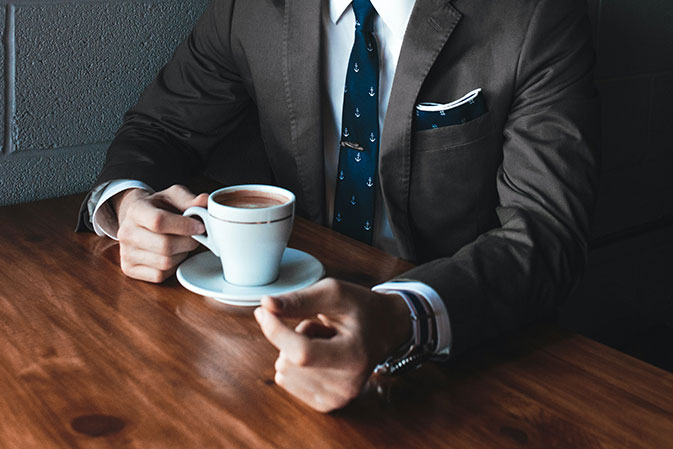 When Tom and Mark met in 2002, Mark actually was managing Tom’s mother-in-law’s and aunt’s finances. Through the course of working together to care for them, Tom came to realize Mark could also help him with his company’s 401k. Mark reviewed the plan and identified that not only was Tom being overcharged for his plan, it was at risk for becoming top heavy.

In general, when a 401k becomes top heavy, it would have significantly restricted Tom’s ability to save for retirement. In addition, the fees were high and Tom wanted to be prudent with his own as well as his staff’s retirement savings.

After much discussion and thorough planning, in 2009, Tom agreed to work with Mark on the plan. Mark started regular one-on-one meetings with each plan participant to provide traditional education, personalized planning and investment recommendations in one-on-one meetings. He worked with the employees to increase their participation and deferrals into the plan. Ironically, these increased employee deferrals were going to push the plan further into being top heavy.

Over the course of taking over the plan, there were changing federal requirements. Mark planned for these changes and had the foresight to see the plan could become top heavy. It took 12 months to make changes necessary to remove the risk of the plan becoming top heavy while not disrupting the current plan provisions. Tom’s plan eventually adopted a safe harbor feature while still allowing for additional profit sharing. From a company standpoint, this change made it easier to plan for. It also helped David prepare for at least one key employee to retire at the end of 2020.

When they first started working together, Tom had four employees. His business has since grown to 10 employees and Mark was able to grow the plan to accommodate the growth of Tom’s business. As the business evolved, so did the 401k planning. It also gave way to other opportunities to partner in other aspects of Tom’s business.

At some point, Tom plans to retire. However, being the sole owner of his business, he needed help structuring a sale of his life’s work. One of his senior employees, Jerry, wants to buy the business when the time comes for Tom to retire. Knowing this, Tom connected Jerry with Mark and Erik to explore all options. Mark and Erik completed a valuation of the company and presented Tom and Andrew with a range. All parties were in agreement on the value.

It has truly been an evolution of a business partnership between Tom and Mark, with Mark playing an integral role in the growth of Tom’s 401k plan to now potentially selling his business.

There’s something more powerful than luck or coincidence to help bring financial independence within reach – planning.

As professionals dedicated to continuing education and a high standard of ethics, we leave nothing to chance. We coordinate with other trusted professionals to ensure seamless management of your assets with services that range from portfolio management, insurance, tax, estate, retirement planning and beyond.

The result is a unique plan that has the underpinnings of knowledge required to carry it forward, a plan that is thoroughly researched and vetted, yet flexible and responsive to life’s many transitions.